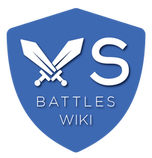 The fact that this ancient Digimon existed long ago was made clear from a multitude of evidence. Due to Digital World warming, its super-compressed data was expanded, and it made its way from the once-icebound Ice-Snow Area. Its whole body is covered in dense fur, and although it is an ancient Digimon that possesses immense power, it also has a weakness to extreme heat. The crest engraved into the mask covering its face is a super-ancient crystal of wisdom, so it possesses the power of clairvoyance so that it is able to see far into the distance, and its large ears can even identify sounds from faraway places. Its Special Moves are skewering the opponent with its two elongated tusks (Tusk Strikes), and spewing cold breath out of its long trunk in one burst, instantly freezing any opponent (Tundra Breath).

Mammon had several tens of percent corrupted data or higher when it expanded from its super-compressed data, but it restored up to 99% of it as a result of its self-repairing ability increasing due to the effects of the X-Antibody, and has become a near-perfect figure of a Mammon that lived in ancient times. The mask covering its face has reached as far as its back and abdomen. So, not only is its appearance exhibited in perfect condition, but also its abilities due to the crest engraved into its mask, and it has been proven that it has started instinctively tracking down Virus-species as it discovers them. In addition, it also revived a Special Move called "Geometric Freezer", a barrier that freezes only Virus-species with the cold air released from its nasal cavity. Based on these facts, Mammon is thought to have been a Virus Hunter Digimon in the harsh Ice-Snow Area.
Hacer clic para expandir...