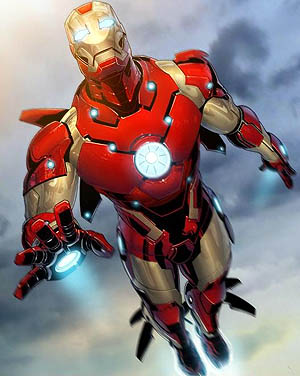 It was moving in a giant circle that had a radius of 20 km. Bluish-white sparks flew along seeming to trail it. Like that, the Throwing Hammer drew a clean circle. Its speed increased. It was not fixed in place. It rapidly moved up like the curve of a quadratic function. In just the 10 seconds Kanzaki had been watching, the enemy's actual form had disappeared from view, leaving only the giant bluish-white glowing circle visible.

It was much too ominous a phenomenon to be referred to as an angel's halo.

From the flow of magic power, the circular symbol, and the Thor's hammer form the magician existed in, Kanzaki was able to guess what was coming next.

A bluish-white beam of light appeared coming from below and heading up as if to stab into the heavens. It shot straight through the center of that twenty-kilometer-radius circle.

Immediately afterwards, a third of Radiosonde Castle was utterly annihilated. 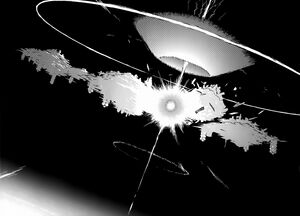