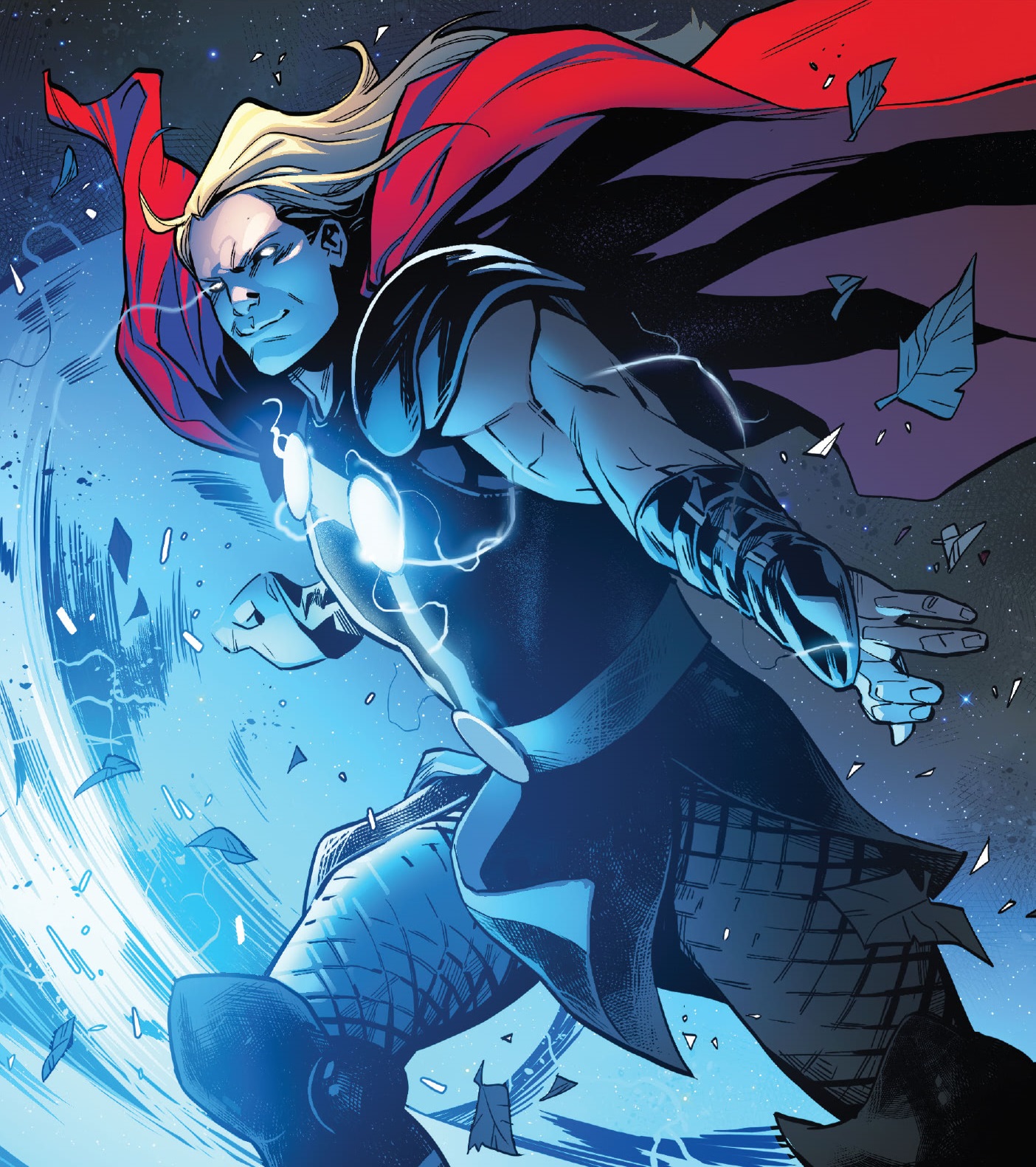 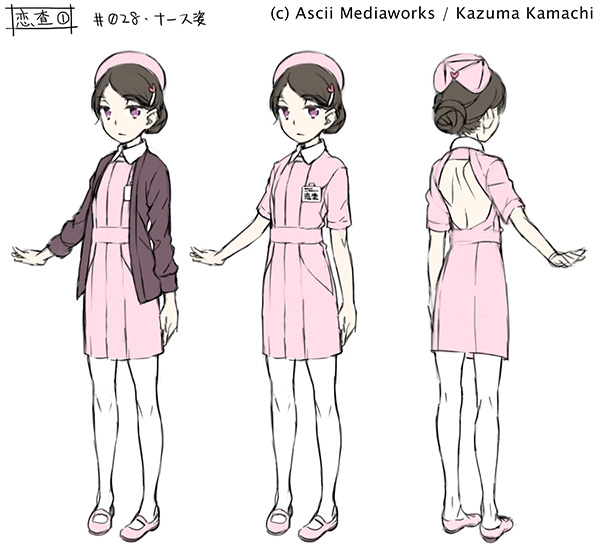 Rensa (恋査, Rensa?) is the name given to the cyborg which was created for the emergency event when all Level 5 Espers would rebel against Academy City, in which case she would suppress them by using their abilities or copying other espers' abilities. Being only cyborg body, small parts of a... 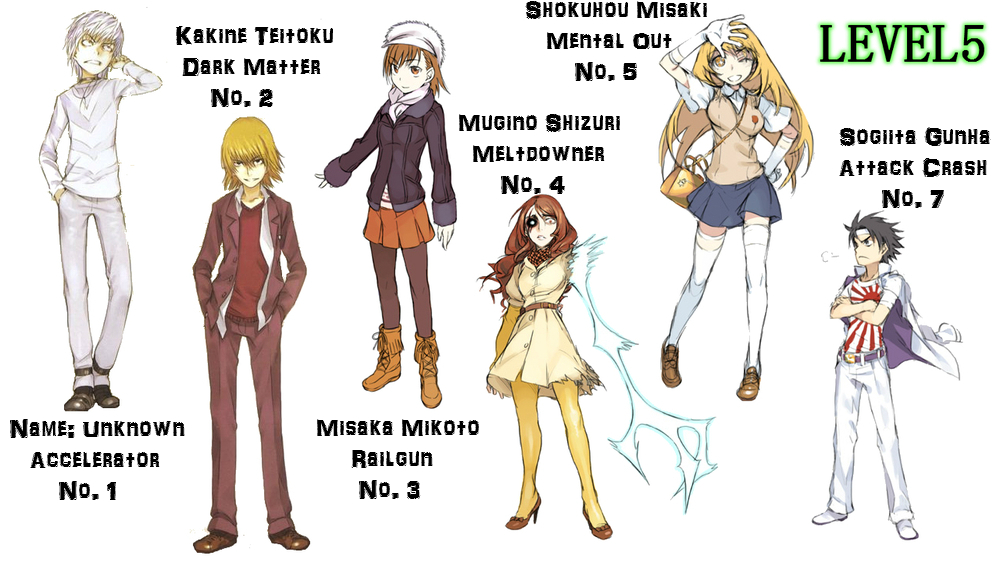 “Isis, Osiris, and Horus. I exist beyond all Aeons, so did you really think that would be enough to break me?”

Othinus whispered from his shoulder.

She was a complete Magic God, a human who had risen to the utter mastery of magic. And in exchange for losing all that power, she had been given the stabilized form of a palm-sized fairy.

That may have been why she understood.

This was a warning from the god who informed warriors of their death, so it carried quite a bit of danger.

“She is the same as me right now!! She is not an ongoing magical phenomenon! She is a paranormal being that has already acquired the final result of a physical body! Just like you can’t restore burned paper by touching the ashes, your Imagine Breaker cannot defeat her!!”

“I am a demon, but not from the Qliphoth where the forces of evil gather. I am the Great Demon hidden by the holy Sephiroth. I dwell in the same abyss as Da’at.”

The unbroken illusion produced a dreadful straining noise as it slowly moved before his eyes.

She held her left hand straight forward and pulled her right hand back.

And, as if overpowered, it was Kamijou Touma who took a step back.

“Every number is the same. My right hand contains Nuit of Resurrection. Watch as the possibilities expand and surpass the bounds of the finite. My left hand contains Hadit of Vengeance. The smallest point gathers and concentrates all forces to create a single meaning. Thus, an attack shall be released from the infinite acceleration of the Circle of Ra-Hoor-Khuit and shall appear on the surface layer of this world.”

Now, did Kamijou Touma realize that was the pose for wielding a rapier?

And before even that, what was the fate of one who had thoughtlessly touched an untouchable taboo?

“Magick: Flaming_Sword. Manifest thyself through descent of the Sephirah and bathe him in thy power.”

Kamijou Touma must not have had much of a choice.

But the small god managed to direct a shout of despair toward the swiftly moving boy.

“Wait, human!! The world’s reference point is not enough to suppress this attack!!”

Magic God Othinus had once obliterated Kamijou Touma’s body with the brute force of her crossbow.

A moment later, everyone witnessed that instant.

With a dull sound, that right hand and Kamijou Touma himself were utterly destroyed.
Hacer clic para expandir...

A human could not defeat a god.

The convenience of the god had priority over everything in the human’s world and the workings of the world would act accordingly.

No other characteristic felt more strongly like the power of a god.

Rather than showing simple destructive power by blowing away a mountain or vaporizing the sea, it bluntly indicated the precedence of the god.

In other words, the instant that lance left Othinus’s hands, the world would be blown to pieces.

Kamijou once more felt space spread out around him.

As the lance was fired with tremendous force, the “happy world” was smashed to pieces as if space itself was being torn apart. As a fragment of the world approached with the force of a raging wave, it took on the shape of a giant lance. The walls of all the phases were crushed, transformed into a swirl of deadly weapons resembling sharp shards of glass, and approached their pitiful target as if to swallow him whole.

Everything was ripped up.

The black labyrinth, which had used up all of its possibilities, showed itself.

Magic God Othinus had the ability to create, so she was technically not destroying anything. This may have been a change brought about by adding a new phase into the world. Nevertheless, it was blatantly obvious what the scene before Kamijou’s eyes would produce. It was the same as referring to the utter destruction of a luxurious palace as “creating a pile of rubble”. This was undeniably a torrent of destruction.

The convenience of the world of man meant nothing.

The destruction carried out by the god took precedence.

Its greatest effect was causing any resisting human who saw it to give up.

It provided such an overwhelming feeling of resignation that even an experienced hero would fall to his knees and end his challenge.

Most likely, no one could have escaped that lance when attacked head on. No matter what form of defense or evasion they attempted, they would have had no hope of surviving. That attack had been given the parameter of “no human can oppose it”. Unless one left the territory of man, one would be smashed to pieces. Not even Fiamma of the Right or Ollerus could have done anything when faced with it.

There was no way a normal high school boy could overcome it.

Even with a special power in his right hand, he would be smashed to pieces before he could use it.

Kamijou Touma thought to himself as he silently stared at the tip of the giant lance created by sacrificing an entire world.

(I’m not a special person, I might normally lose to a professional magician, and I’m nothing more than a high school student.)

In the instant of firing the lance, Othinus’s face twisted slightly.

She must have seen the look on the boy’s face.

Kamijou Touma was smiling ever so slightly.

The action he took was simple.

He tightly clenched his right fist and used his entire body weight to thrust it forward.

No one would have been able to keep up with its overwhelming speed. Their bodies would have been smashed to pieces before they could even hope to follow the tip of the lance with their eyes.

But the experience he had built up accurately guided his movements.

He had achieved a surefire attack that would work on Magic God Othinus and no one else.

Kamijou Touma’s right fist was sucked in toward the one point that no one else would have been able to reach.

His fist reached the sharp tip of Gungnir.

In that instant, all sound vanished from the world.

The kind world vanished and everything was dyed in black.

When Othinus held up her hand, the lance rotated complexly and began to fly back to her hand through the black sky.

But it never completed the action.

The lance broke apart in midair and completely disintegrated before returning to Othinus like a boomerang.
Hacer clic para expandir...

She gathered strength in her arms while posing as if holding an invisible rapier.

This was the new system of techniques to control great power that had ruled the world since the Last Judgment of 1904 if Aleister Crowley was to be believed.

“Every number is the same. My right hand contains Nuit of Resurrection. Watch as the possibilities expand and surpass the bounds of the finite. My left hand contains Hadit of Vengeance. The smallest point gathers and concentrates all forces to create a single meaning. Thus, an attack shall be released from the infinite acceleration of the Circle of Ra-Hoor-Khuit and shall appear on the surface layer of this world.”

This was the ultimate attack that rivaled a Magic God’s lance and had utterly destroyed a certain boy despite the presence of Imagine Breaker.

The tree was not just something to ascend. It could also be descended. The power falling from a point in heaven gained color and other attributes as it descended the various pathways and it finally transformed into one of any number of substances in this world.
Hacer clic para expandir...

It happened at Edinburgh Castle, the occult center of Scotland.

Did that make it appropriate? Or did it make it disrespectful?

Whatever the case, a humanoid white shadow alighted there.

This was Academy City’s #1.

And by his side was a demon girl who looked like the fusion of a lovely maiden, a venomous jellyfish, and soft wings.

Those monsters looked entirely out of place on a clear winter morning.

A single flying kick had taken control of the entire situation.

He spoke to the woman in a beige habit who had crashed through more than one stone wall after flying back from his meteor-like attack.

And in response, her sinister true face appeared using the absurdly long blonde hair as a screen.

The special attack released by Great Demon Coronzon clashed head-on with the Level 5 who could manipulate any and all vectors.

A mass of invisible power scattered in every direction.

It was torn apart by a human will.

The massive amount of blonde hair split into three groups and they complexly wove themselves together to form three winged angels.

Accelerator had no idea what power was contained in there.

He raised his fingers like claws and swung them wildly around to tear the false angels to shreds. If he had viewed magic as a different form of esper powers, he never could have accomplished this. If he had made that mistaken detour in his understanding, he would have failed to comprehend its true essence, failed to grasp the vectors, and been injured.

But he no longer viewed it that way.

That white shadow was enough of a monster already, but he now had a translucent demon – a blatant product of the occult – by his side.

“You partially installed the power’s directionality into the calculations for your power? Tch. That is the number 11 which exists in the Qliphoth yet is not an imaginary number. Is that the guide to the upside-down tree I built? This awkward product of science has insolently reached the level of Probationer!?”

“Yeah, that’s right. I’m new around here, so be nice. And I thought newcomers were called Neophytes, but whatever. Now, don’t forget this one thing: I’m not like you people who’ve stopped working after mastering these things. I’m going to absorb as much as I can to keep growing as much as possible!!”

In other words, the more power he was given, the stronger he would grow. Just like launching a largescale cyber-attack on the enemy, only to have them analyze it and learn how to do it themselves.
Hacer clic para expandir...

Ya te vas a poner especito?

No, no lo hiciste. Cito nuevamente: